Where are the fish

Once you get to the river, you want to know where to look for the fish. You can start by dividing the fish into two groups, spawning and non-spawning fish.

Spawning fish are easier to spot because they will be near or on their redds. Redds are areas in the river that the fish use to lay their eggs.  You can find redds by looking for a distinct color difference between the cleaned gravel in the redd and the rest of the surrounding gravel. The redds will have gravel that is void of debris and circular in shape. It is a few shades lighter than the surrounding gravel because of the cleaning in preparation for egg laying. The redds will also have a depression in the middle with sloped sides around the spawning area.

Redds are usually made at the tailout of a pool or right above the lip of a riffle. Sometimes you will find them right in the middle of the riffle. Finding the redds can be the key to locating Steelhead, (Salmon and Browns, too), in any river. Scrutiny of the riffles will show shapes and shadows that just don’t seem to “belong” there.  In naturally reproducing streams (like the tributaries of Lake Superior) it’s a good idea to avoid redds because you want future generations of fish to survive. So please don’t wade near the redds.

Some fisherman feel that it’s not sporting to target fish that is actively working a redd. Others say that it’s ok to fish on the redds where there is no natural reproduction in that tributary (such as the WI tribs of Lake Michigan). I’ll let you make up you mind on whether it’s sporting or not.  But for beginners, I would say go ahead and try for them.  Don’t think that spawning fish will be a pushover, they usually are more interested in spawning than taking a fly.

Non-spawning fish can give the fly fisherman some of the best action on the river.  They can be freshly arrived from the big lakes, and are seeking a spot to build their redds. Or they can be fish that has not yet spawned, or have spawned, and are looking for another mate.  Or they can be males that have been driven way from the redds by more dominant males. These fish hanging below the redds are ones you want to present your fly to.   All of these fish have attitude, and you should give them your attention. The fish below the redds are the ones you want to target.

One good place to fish is the faster runs just below the tailout. Fish holding in these areas tends to be very active, and will hit a well-presented fly with aggression.  Faster water flows produce a faster drift, giving the fish little time to reject a juicy looking fly. Hook-ups in these situations are often followed by strong runs and maybe a few airborne leaps! 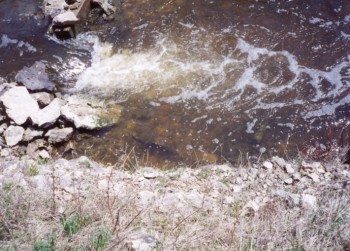 Other non-spawning fish that are holding in the rivers can be associated with the moderate velocity areas but typically behind or near some type of current breaks like logs or rocks.  Also, look for them holding along the banks, log jams and mouths of tributary streams. They will tend to hold in the deeper holes as the water temperature drops early or later in the season.

When fishing for non-spawning fish, try swinging a few casts past any likely holding spot. As you move downstream, your angle to the holding spots will change, so now you cast across and dead drift the fly past the holding spots, showing the fish a different presentation. Letting the dead drifted cast straighten at the end of the drift occasionally teases a following fish into a strike. Covering all of the holding water with a mixture of drifting and swinging flies gives the best chance to get a strike.

Run Timing.
Fly Patterns.
Where are the fish?
Techniques.
Equipment. 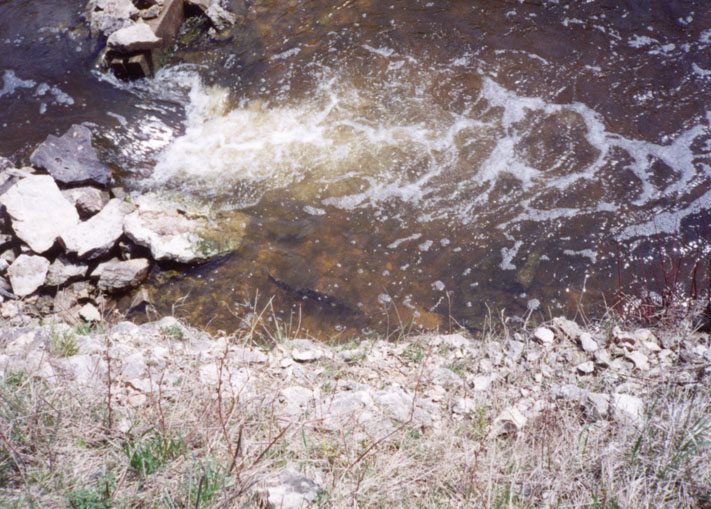