Hex easy for trout to hang onto

There are many hex patterns out there. If you ever get the chance take a look at Randy “Buzz” Butters’ Hex fly collection, you’ll see what I’m saying. My fly fishing mentor, Todd O. of Appleton, showed me this pattern. I like it because it can fold in half when the fish takes it. I feel this is important because, with such a large fly, fish can sometimes knock the fly out of their mouths if a fly is stiff. After all, a real Hex is relatively soft and can be folded in half. You can easily adapt this fly to a parachute for imitating duns.

Two other flies have similar characteristics. One is Ross Mueller’s Hexagenia Parachute from his book “Flies that Catch Trout” and another is John Nebel’s Flex Hex, which you can find at http://globalflyfisher.com/staff/hauer/flexhex.html Begin by tying in the wing. Combine 12-16 strands of Krystal Flash with some white poly yarn. Then tie a second piece of poly yarn to fill out the wing. Wind thread to the bend of the hook. Next, prepare the wood duck feather by stripping off all of the downy barbules from the base of the quill. Cut the quill down from the tip where the barbules are the longest. Now pull back all the feather barbules, except the last 2-3, toward the base of the quill. Then tie it in at the bend of the hook so that about ½ inches of the pulled back barbules from an extended body. Finally, dub the body and finish the head and you’re ready to hit the water.

Tie in white poly along with some strands of Krystal Flash.

Begin preparing wood duck flank by stripping down and notching the tip.

Pull barbules back in preparation for tying in. A piece of tape helps.

Tie feather in as a body extending past the bend.
Then dub the body and your done. 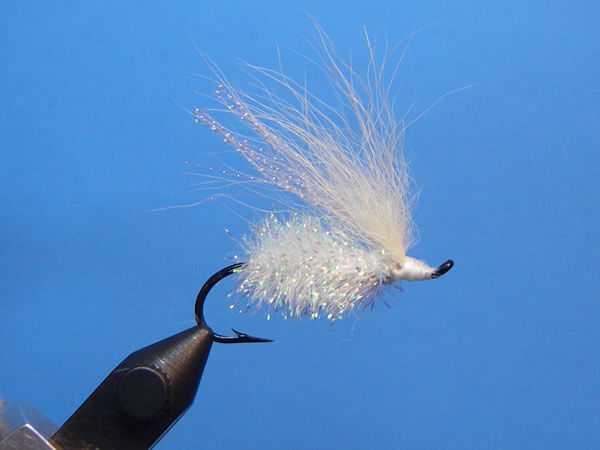 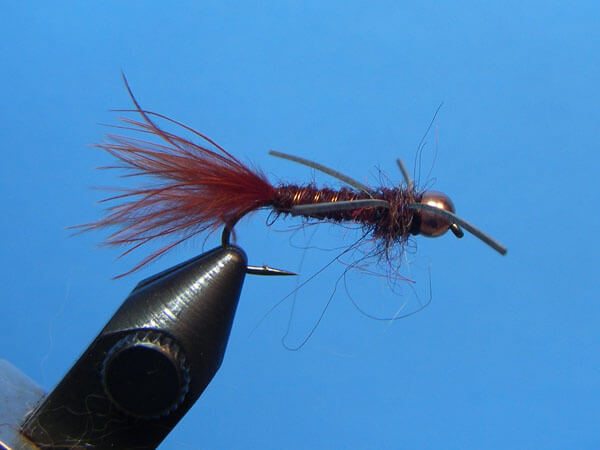 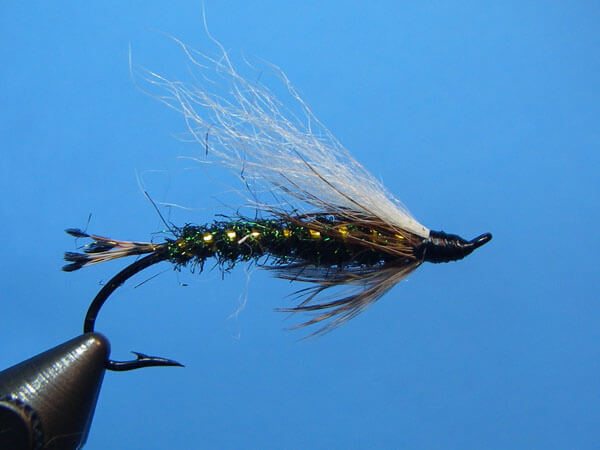 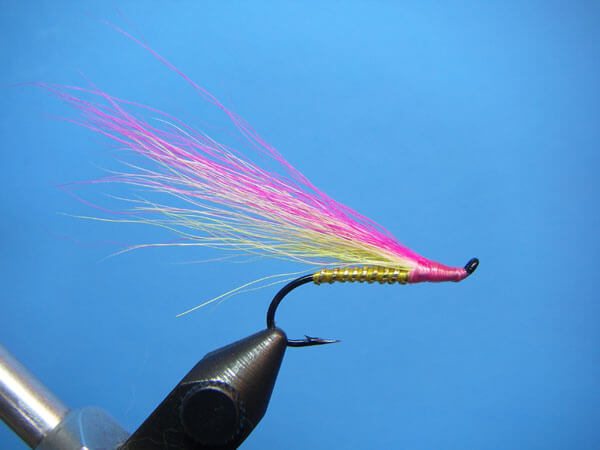 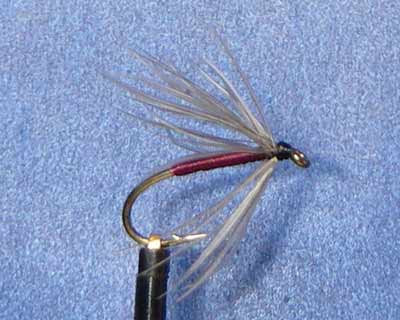 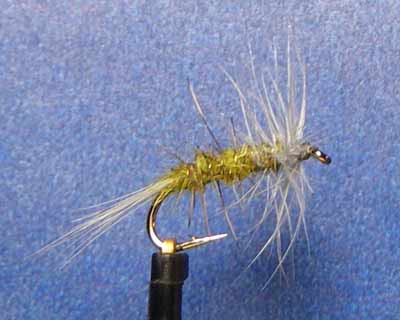 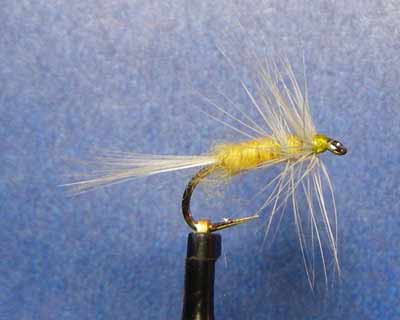 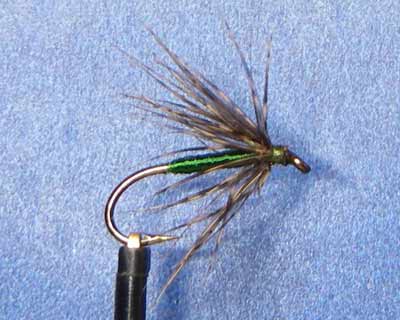 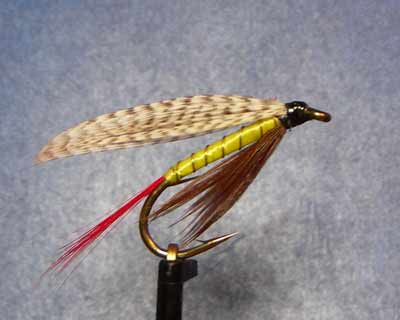 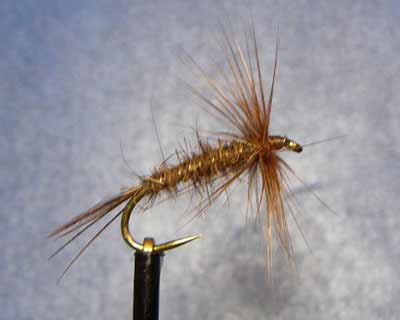