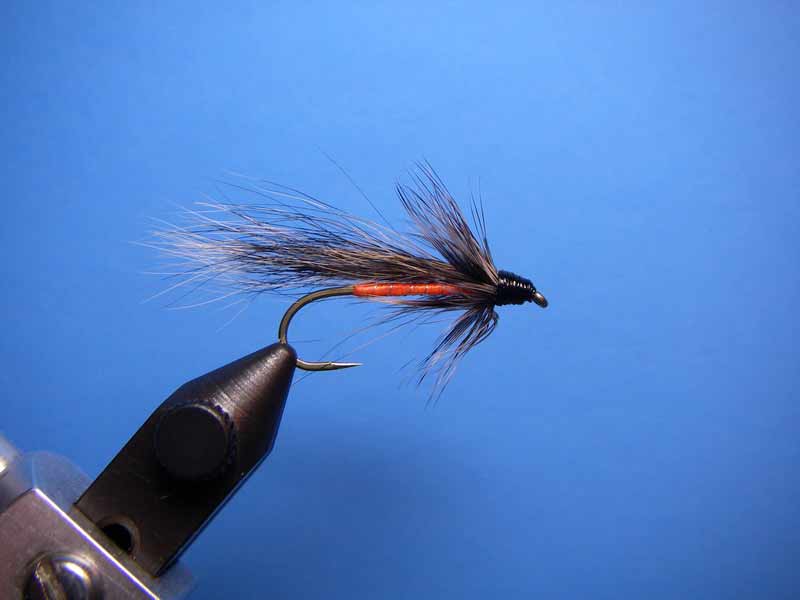 Instructions:  There was a small group of fly tyers in extreme northeastern Wisconsin (Florence and Forest Counties) during the late 1940s and 1950’s that based their streamers on the old Maine patterns (such as Carrie Stevens famous ties) but were limited in their ability to get many of the materials needed for the originals.  They freely substituted more easily obtainable materials for hard to get items.  For example squirrel tail and bucktail for the various colors of streamer hackle.  Another favorite substitute was marabou for the colored hackle. This was carried over to wet flies also.  The flies caught trout in that era and still do. Some of these old tyers included Fay Marsh and Ed Bergman of Crandon, Bob Mentz of Laona, Joe Bouck (my father) and Woody Hablitzel of Long Lake among others.  I was surprised how often they used to get together and compare notes.  Now for the instructions:  The hook is pretty much up to the tyer as to size and style.  The ribbing was originally narrow tinsel but wire works well.  They stressed that too much flash was worse then no flash.  They used floss for the body but uni-stretch works well today and keeps its color even when wet.  Grey squirrel tail replaced the feather wings.  One has to be careful to keep the wings fairly sparse and just a little longer then the bend of the hook to prevent the tail of getting tangled in the bend of the hook.  It is often a good idea to put head cement on the tie in spot for the wings as squirrel tail is very slippery.  The hackle is grizzly and should be as soft and webby as you can find.  Eyes painted on the head are optional.  Best of luck, RussB 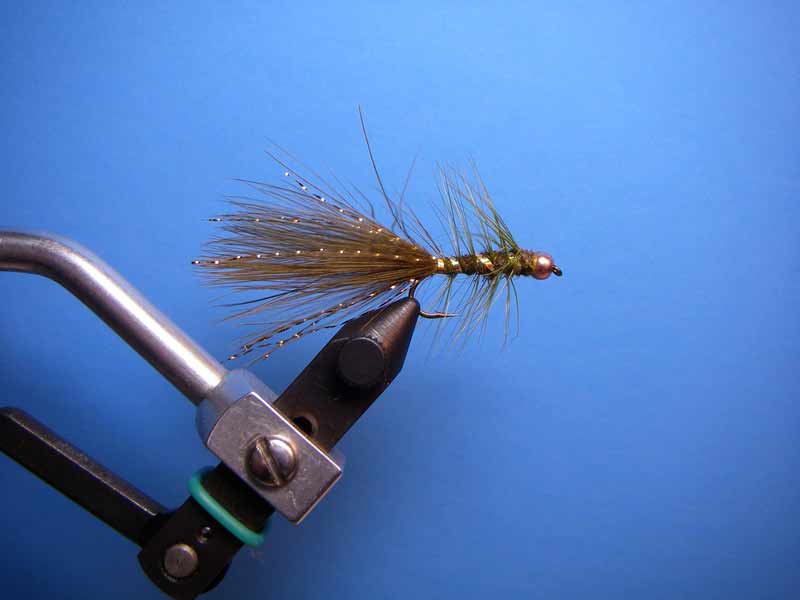 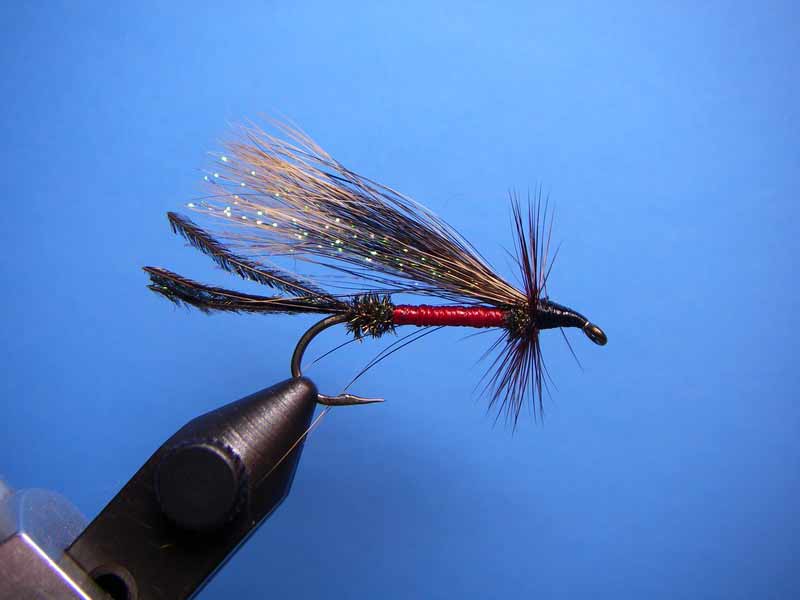 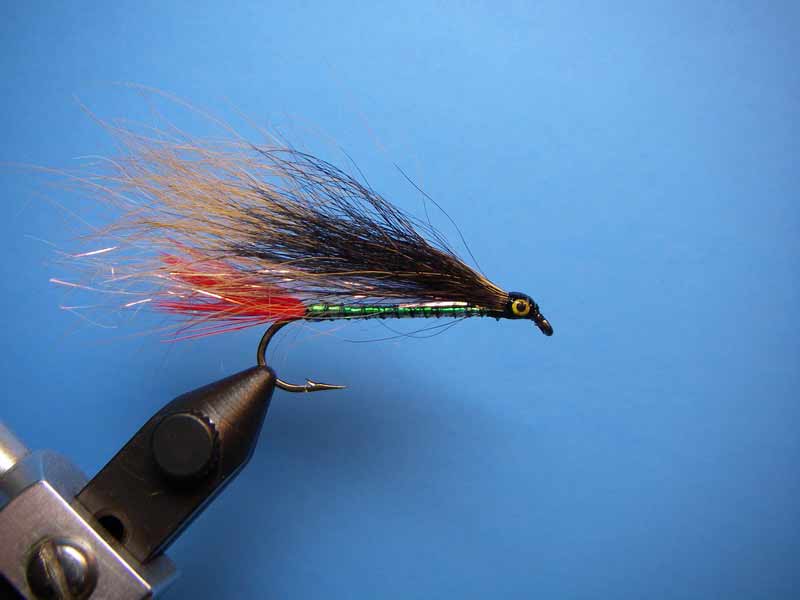 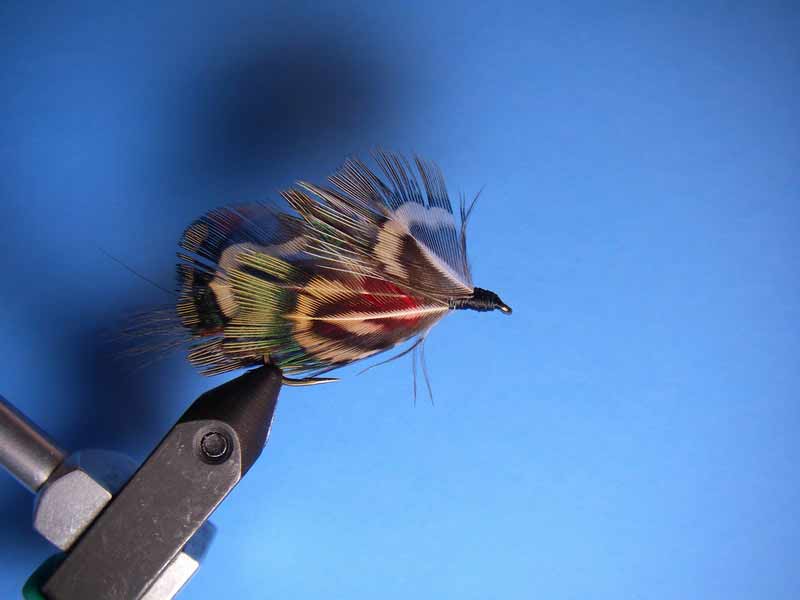 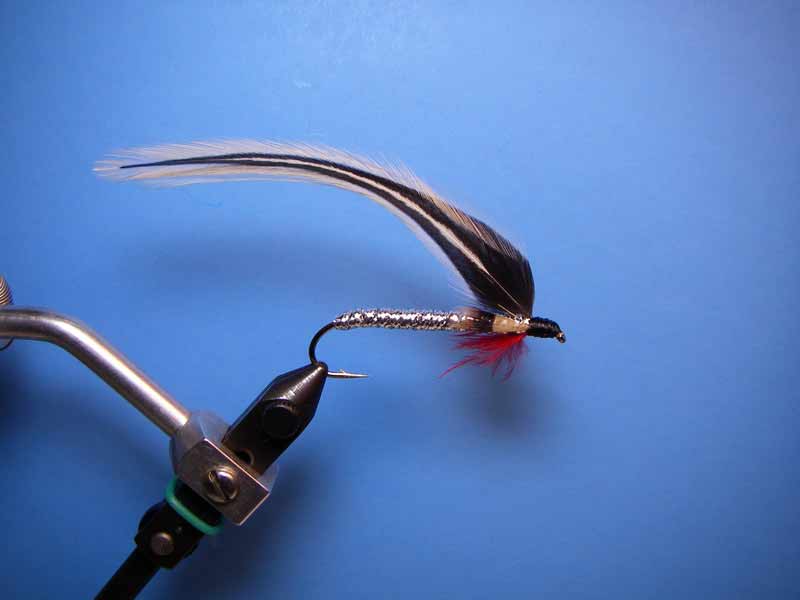