“It’s veal.  It probably came from a very depressed calf, can we just eat in peace?”

As always, there’s the Big, Old Brunette (BOB) and her two daughters, The Step-Daughter I Adore Like She Was My Own (TSDIALSWMO) and her younger sister, The Other One (TOO) and Her New Beau, (HNB).

From a previous marriage to My First Wife (MFW) came the Son Who Is Too Much Like Me, (SWITMLM) and next to him is, of course, My Mother, Big Sigh (MM,BS) a recent widow. The Grand Kids X 2 (GKX2), whose mother is TSDIALSWMO are there as well.  Intermittently under the table, on the couch and whining at the back door is Lucy Our Incontinent Beagle (LOIB) and we all have congregated in Our Little Love Nest (OLLN) for Christmas dinner.  Joining us is BILFM, a recent widower who is BOB’s brother-in-law from Minneapolis, an infrequent visitor and a terrific guy.

The fly shop did well this Christmas season, the whole year in fact and I’m beat from contiguous 60-hour weeks but happy to have my family here as long as they all behave. In a prior life, I was in the food service business and after standing on my feet all day at the shop I find that cooking relaxes me.  It also brings out my creative side; drives me to the other side of my brain, if you will.

“Could somebody let LOIB out?”

Some think that being a fly tyer is creative but it’s glorified factory work. I’m a production fly tyer who annually cranks out 600 dozen flies and they all need to match the original pattern with precious few variations so there is no creative outlet there.  Researching menus and spending time in front of my stove at OLLN is a creative outlet I crave. When I cook for my family, I need to be creative and here’s why.

TOO is a militant vegetarian.  There are already some ill feelings between us about my stocking animal parts in the shop as fly tying materials, but I digress. Her sister, TSDIALSWMO won’t eat cooked tomatoes but fresh ones are O.K. (or is it the other way around, did I not see her eating pizza?), garlic does not agree with BILFM and the GKX2 will eat everything they recognize but nothing they don’t. The first B in BOB is because I cook for her often.  MM,BS feigns a cholesterol issue except for ice cream, a sweet that she cannot live without.

Her hunger for sweets is a leftover scar from her battle with alcohol, (BWA) which she has won triumphantly. I found the hard way that the BWA is somewhat hereditary so I have had my own issues to face and my BWA got in the way of a whole lot of living. I love my family and my BWA was affecting them so I waged my own quite war because when it came to Martinis I knew my limit but I got drunk before I got there.

“Can’t you hear LOIB whining to get back in?  Somebody let her in!”

So I now drink non-alcoholic beer, cook without garlic when BILFM is in town, omit cooked tomatoes (or is it fresh, was TSDIALSWMO eating a B.L.T. earlier?) from the menu and go lightly on the butter when MM,BS is here. GKX2 kind of fend for themselves and are fairly good eaters except when TOO is back in town when they become pickier.

Good Eaters are who Foodies like me love to cook for. When TOO announced earlier this year that for Christmas, she was bringing (HNB), my first thought was: “Is he a Good Eater?”

OLLN was getting too full and my BWA is rearing its ugly head, maybe just one real beer? This thought aloud brought a glare from BOB. No, we have guests for dinner.

“Push LOIB off of the couch, would you?”

Back to GKX2, they were not thrilled to find out from TSWITMLM that the mushrooms they used to eat are a kind of fungi.  The word mushroom is fun to pronounce when you’re a little person, the word fungi is not. Based solely on the pronunciation, mushrooms are now out.

The salad course went just O.K. TSDIALSWMO picked off the fresh tomatoes wordlessly; the GKX2 did not eat the mushrooms after TSWITMLM’s fungi comment and the dressing did have a whisper of garlic but the BILFM did not seem to notice. MM,BS and BOB were fine.

My Blanquette du Veau with fresh pasta was a disaster. Too much cream for MM,BS, TOO was livid that I had an innocent calf slaughtered for a dinner to celebrate the birth of our Lord, an act I found comforting in an Old Testament kind of way.

“Am I the only one who hears LOIB whining to be let out?”

MFW, a farm girl whose mother cooked everything to death was never a foodie. She had her own peculiarities with food; she called them noodles.  Fettuccini, linguini, angel hair and macaroni were never referred to as pasta down on the farm; they were noodles.

When MFW asked to have the noodles passed to her, TSWITMLM snickered at his mother’s hick-ness and GKX2 who knew the home made efforts in MM,BS’s borrowed serving bowl was called pasta, immediately put their forks down. TOO alternated steely glances between me and HNB who was shoveling in the Veal; he’s a Good Eater!

One of the GKX2 hopped down off of his chair to let LOIB in from outside and because LOIB seemed too happy to see him, I looked over to see that he had a handful of pasta and was feeding it to her, she’s a good eater, too!

Desserts were individual Pannetone bread puddings.  I had forgotten that the BOB did not like raisins nor currants, the pudding base had both eggs and cream so MM,BS was honked off but her mouth was too full to object. There wasn’t a suggestion of garlic in the dessert but the BILFM was looking a little windy from the salad dressing but he devoured it.  MFW was puzzled that pie was not served as it always has been on the farm and why would pudding have bread in it anyway?  I told you, she’s not a foodie. Much eye rolling from TSWITMLM and I whispered to him, “that’s why I divorced her.”

He quickly reminded me that MFW had another version, which was this:  Ever since Dad was a teenager, he liked to, um….. shop.  The world was his shopping mall and he liked to have many stores to shop in.  Dad really used to like younger stores that were not brightly lit and had a big shelf. His mother did not like his Dad shopping around so we needed to not be together anymore.

Now I happily shop in one store and one store only. Have for 17 years.

O.K. back to dessert where one distant relative was happy but TOO announced the white flour was poison and for her, dinner was over.

“Whose shoes is LOIB throwing up on?”

OLLN was turning chaotic and my BWA was raging. Christmas Day Steelheading on the St. Joe River in Indiana was looking better and better.

Coffee after was no picnic, either.  A half-caf here and a de-caf there, what do you mean you have no tea?  Dad, caffeine is so bad for you; the only thing TSWITMLM remembers from his health class.

“Fine, no coffee for me. Would you be happier if I had a Martini? And get LOIB off of the couch!”

We opened presents after dinner, the GKX2 were dynamos filled with sugar and laughter. The BOB was beaming while watching the GKX2 open presents and even TSWITMLM was in a better mood although it was hard to tell as he had a new Ipod clamped over his ears. With a grunt, LOIB finally settled in under the dining room table.

When there was a lull in the unwrapping process I noticed that the BILFM was eyeing MM,BS and she was not objecting, maybe too much wine?  The thought of the two of them made my bile rise.

TOO and HNB were far too cuddly for my comfort level and then came an announcement that distracted me from the BILFM and MM,BS.

We’ll soon have GKX3, I hope one day to teach our newest GK to fly fish and I hope he’s a Good Eater. 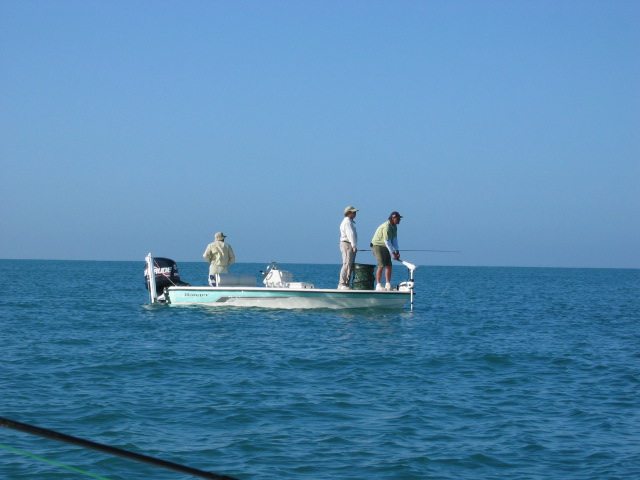 I had done most of it but not all. Armed with a fly rod and a handcrafted fly, I pursued all the finned creatures with trout being my favorite quarry. I loved trout fishing, pastoral and relaxing, the contemplative nature of it all made my heart sing. No pressure build up, a pressure relief valve this trout fishing is.

END_OF_DOCUMENT_TOKEN_TO_BE_REPLACED 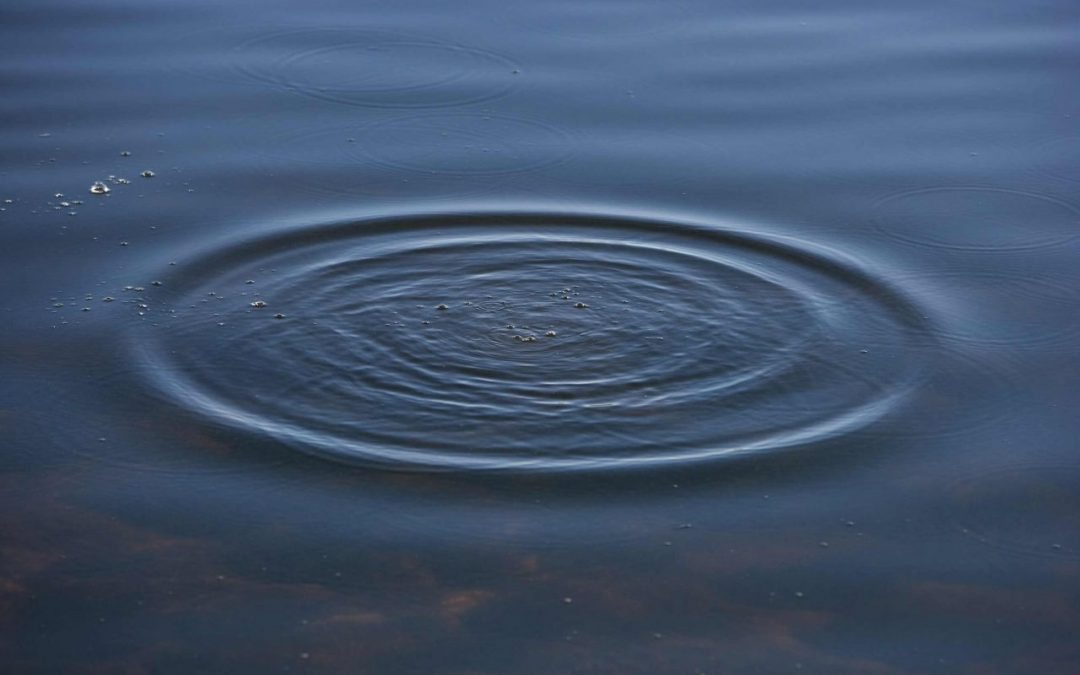